US Secretary of State referring to “genocidal violence” and “reconciliation” in Rwanda; a new hope for Hutu survivors?

Opinion article submitted for publication On August 10th and 11th, 2022, the United States Secretary of State Antony Blinken was in Kigali for a two-day visit. As per the usual protocol reserved for VIPs, the Rwandan Government took him to the Genocide Memorial in Kigali and invited him to leave a message in the book […]

Why did the Government of Rwanda fail to impose its narrative in the case of Paul Rusesabagina?

US Secretary of State Anthony Blinken will be in Rwanda on August 10-11 to discuss, among other things, the “wrongful detention of U.S. Lawful Permanent Resident Paul Rusesabagina”. A clear and firm statement from the Government of the United States, poles apart from the narrative of the Government of Rwanda, who has been portraying Paul […] 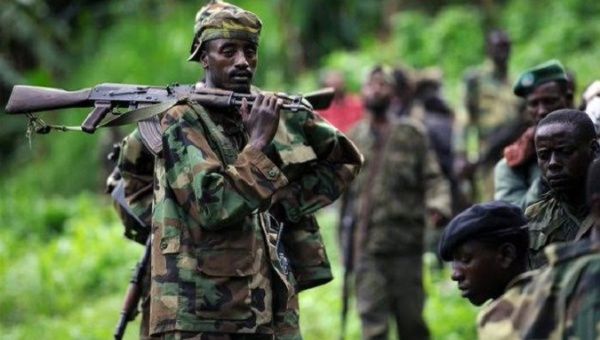 Regional integration is premised on the assumption of the coming together of the nations to attain a common goal through cooperation. Regional economic and political integration allowing the free movement of goods, services, people, and capital between national markets as well as forming federations have been on Africa’s agenda since independence in the 1960s. Whatever […]

“Living in constant fear”: My 10 years of experience as a journalist in Rwanda.

Power in most democratic countries is divided between the legislature, executive and judiciary. In democratic countries, news media is considered the fourth power, it is a segment of society that influences the political system by advancing public views. In contrast, in an authoritarian system, media is considered by those in power as either a tool […]

People seeking asylum in the UK could now be relocated to Rwanda under a controversial deal blasted by international human rights groups and other humanitarian organizations as “shockingly ill-conceived” and contrary to international obligations as well as international refugee law. Media reports say the government plan would see some single men who arrive in Britain […]

Happiness Index, why is Rwanda rounding out the bottom Five?

Opinion article by Prudence Nsengumukiza In the East African community (EAC), Rwanda tops the list of unhappy people with 3.3 score.  Uganda ranked the best in the region at 117 with 4.6 score, followed by Kenya at 119, and Tanzania third (139). For the Democratic Republic of the Congo, Burundi and South Soudan no data were […]

Rwanda: J.D. BIZIMANA the extremist, sworn in as Minister of Unity; what to expect?

On July 14, 2021, the Government of Rwanda announced the creation of a new ministry to deal with matters previously entrusted to national commissions. It was about taking over the missions from famous National Commission for the Fight against Genocide (CNGL in French), as well as from the more discreet National Unity and Reconciliation Commission […]

Who from Macron or Kagame got the best deal?

Is the RPF Getting Back Into Politics?

The Republic of Rwanda was proclaimed on 28 January 1961. The republic was then confirmed later that year by a referendum on the 25th of September. During the 60 years of the republican regime, Rwanda has yet to fully enjoy true political life. Except for very brief and rare periods, this time is best characterized by […]

Justice
1
Rwanda: Political opponent sentenced to 7 years in prison for denouncing an assassination attempt against him

Latest news
3
US Secretary of State referring to “genocidal violence” and “reconciliation” in Rwanda; a new hope for Hutu survivors?

Latest news
4
Is the Rwandan army becoming the Wagner of France and Europe?